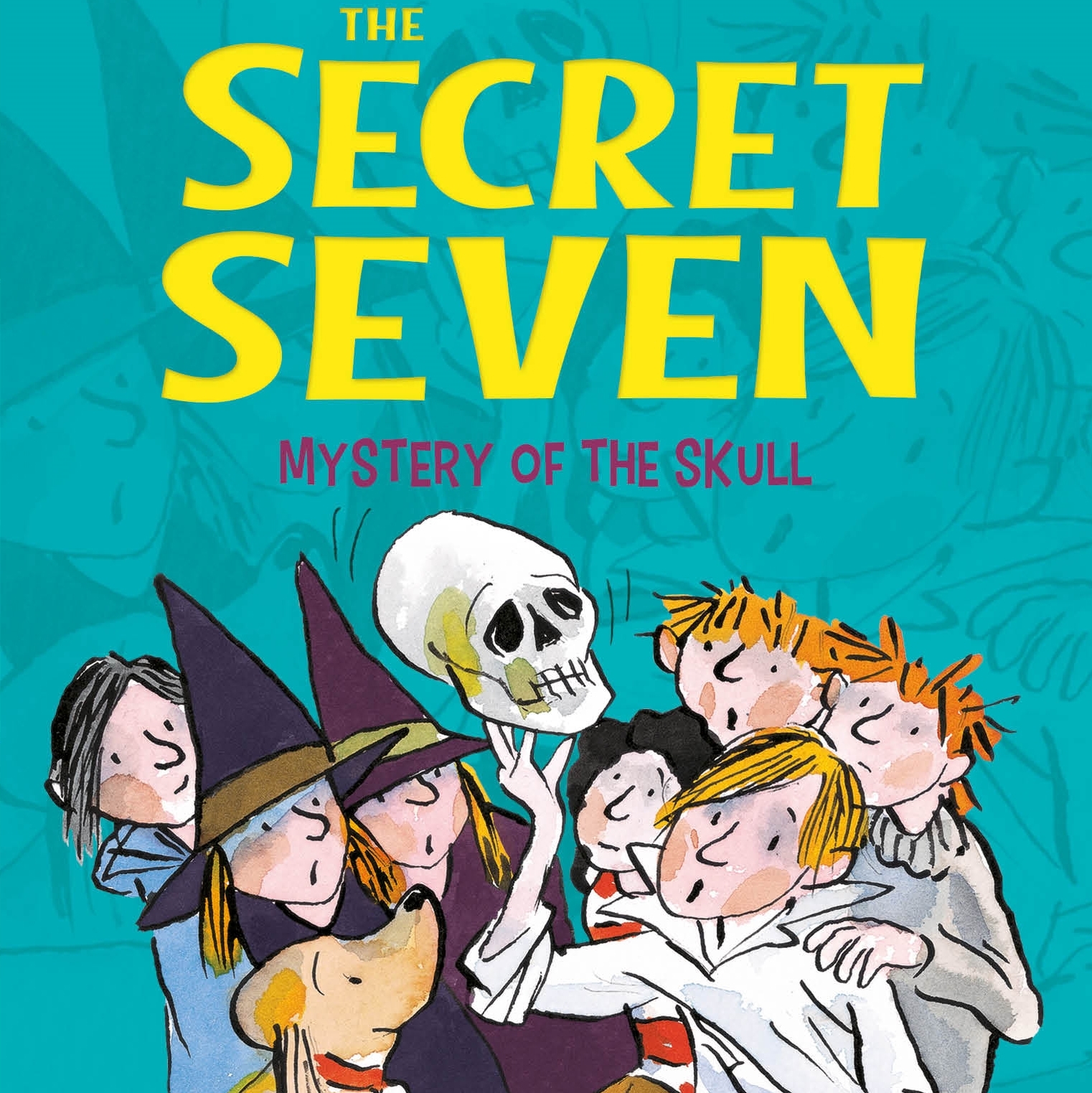 Pamela is a huge fan of Enid Blyton so we asked her a few questions to find out what she loves most about the author’s stories, how she felt about writing a new Secret Seven mystery and what had helped her get into the world of the Secret Seven when she was working on Mystery of the Skull.
Why do you think people have such happy memories of reading Enid Blyton’s stories as children?
I think it’s because she had such a remarkable ability to engage with children through her stories. All of Enid Blyton’s books are accessible and child-centred. She speaks to children on their level and makes sure the child characters are always the ones in charge.
Enid Blyton created many different worlds for her readers to lose themselves in. From all the drama of Malory Towers to the wonderful world of The Magic Faraway Tree to delicious picnics in the Secret Seven’s shed, there was definitely something for every child (and still is!).
What did Enid Blyton mean to you as a child?
Enid Blyton‘s books were a huge part of my childhood. The Secret Seven books had the biggest impact on me. They helped turn me into an independent reader and were the first series of books I fell in love with. I loved them so much I formed a secret society with the other kids in the block of council flats I lived in. We’d pile outside into the bushes in the communal green and hold our very own secret meetings (complete with picnics of course – that was the best part!). We didn’t have ginger biscuits, rock cakes or homemade lemonade but we did have jam sandwiches, KitKats and plenty of Quavers.
The Secret Seven also helped me get through some tricky times when my great-gran was unwell. One of my favourite reading memories is of my great-gran helping me to make a reading den in her living room. That’s where I read most of The Secret Seven series. As soon as I finished the last book I started (and loved!) The Famous Five.
Was it daunting to step into Enid Blyton’s shoes to write Mystery of the Skull?
YES. I couldn’t believe it when I was asked to continue the series. Especially since I was such a huge fan as a child. I kept thinking about what it would be like to go back in time and tell eight-year-old me all about it (she’d definitely faint!).
But then the fear set in a little and I needed to take a few deep breaths and a lot of time to think about how to approach the project. It’s a huge responsibility (especially to me) to continue this iconic series and it was important to me to retain as much of the original setting as possible, while at the same time being mindful of the way children think and interact today. I hope I’ve managed to achieve what I set out to do and that this new addition to the much-loved series will encourage children who haven’t previously read The Secret Seven to read the originals. That would be wonderful!
Did you have any special writing rituals or ways of helping you get into the world of The Secret Seven?
Yes! I wrote the book in my very own Secret Seven shed! I always wanted a Secret Seven shed as a child but we lived in a block of flats without a garden, so we had to make do with holding our secret meetings outside in the bushes in the communal green. It took until I was 34 to get my own writing shed/secret den but it was definitely worth the wait. I treated myself to some ginger beer and ginger biscuits and set a secret password while writing the first book. Now that I’m working on the second book, my baby is the only one who’s allowed to know the password (sorry husband and cats).
Why do you love The Secret Seven in particular out of all of Enid Blyton’s series?
So many reasons! My top five favourite things about The Secret Seven are:

Who is your favourite character and who would Izzy (star of Pamela’s Baby Aliens series) most like to be friends with?
As a child my favourite characters were Janet, Susie and Scamper. However, while I’ve been writing the new book, I’ve found that Pam and Barbara have become my new favourite characters. I’ve had so much fun writing about them! I can’t wait for you to see what they get up to.
I think Izzy would most like to be friends with Colin. He’s the ‘science’ behind the investigation. He’d make a great addition to Izzy, Maisie, Jodi and Zach’s gang.
The Secret Seven Mystery of the Skull is published 12 July 2018. Find out more on The Secret Seven page.
Pamela Butchart is the bestselling and award-winning author of the Baby Aliens young fiction series, for which she has won the Blue Peter Best Book Award 2015 for The Spy Who Loved School Dinners and the Children’s Book Award 2016 for My Head Teacher is a Vampire Rat. 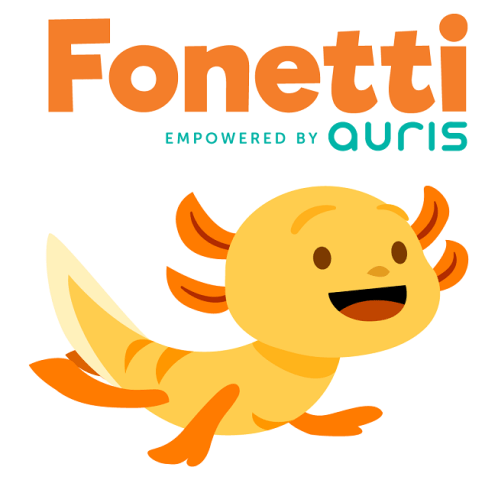 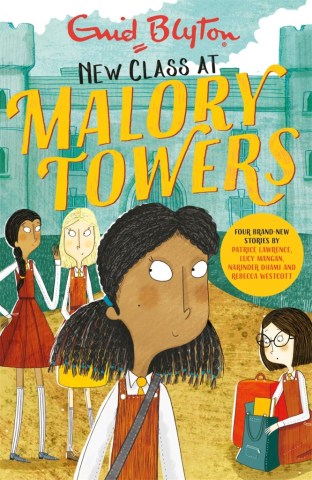 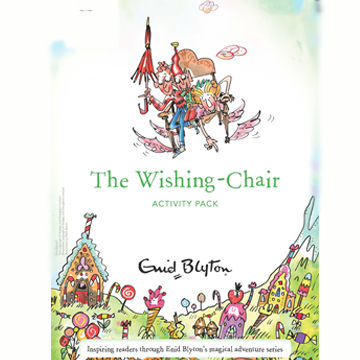 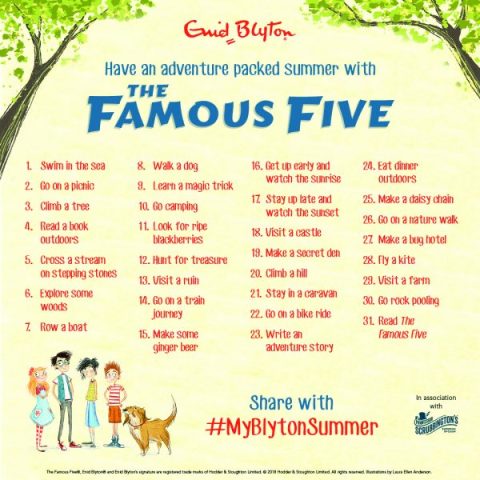 Have an adventure-packed summer holiday with the Famous Five 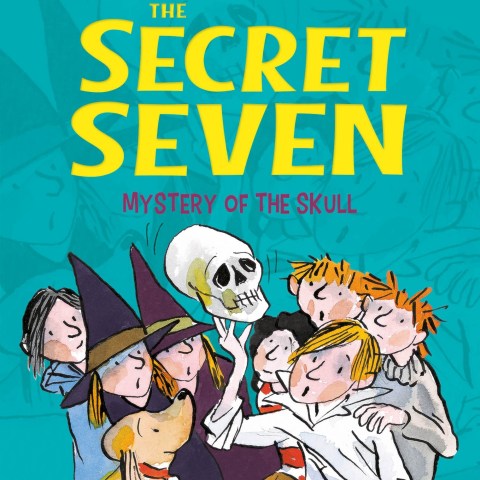 How to Build The Secret Seven’s Gingerbread Shed